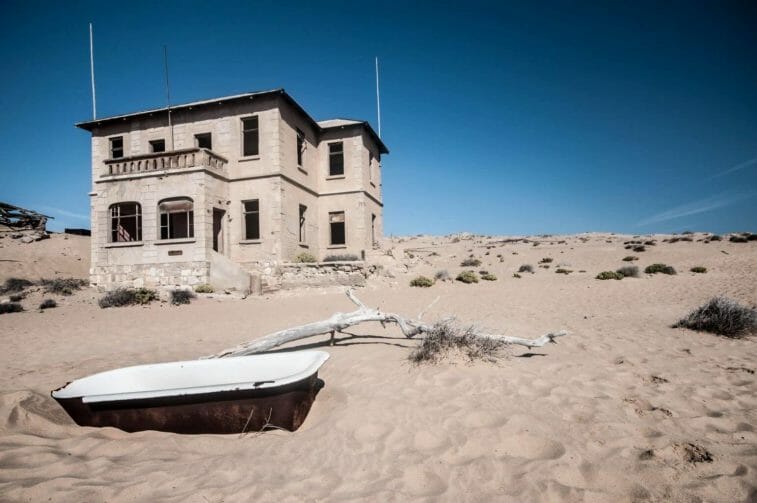 Ghost town Kolmanskop mine between Lüderitz and Walvis Bay

Lüderitz to Walvisbaai: Guided Tour In The Namib Desert

Tourists seeking silence, solitude and breathtaking scenery while pitting their off-road driving skills against dunes sporting high slip faces, should take a guided tour into the Namib Desert from Lüderitz to Walvisbaai. This desert is rich in history and will provide adventurous travelers with a once-in-a-lifetime experience.

History of the Mining Operations in the Namib Desert

In 1908, diamonds were discovered around Kolmanskop in the south of Namibia, Africa. An uncontrollable diamond rush followed and forced the Government to establish a forbidden area to curb illegal diamond mining and unauthorized access. This lead to the formation of a 100-kilometer wide “Sperrgebiet” between the mouth of the Orange River in the south and Gibraltar.

Prospectors moved north in response and this lead to the discovery of diamonds in the Namib Desert between Lüderitz and Walvis Bay at Saddle Hill, Spencer Bay, Meob Bay, Conception Bay and various other places. Again, the Government wanted to regulate the diamond mining and this lead to the formation of Sperrgebiet 2 between Lüderitz and Walvis Bay.
After the sudden drop in the price of diamonds in 1932, working the mines became uneconomic, but removing the equipment from the desert proved too costly and today the remnants of these operations lie desolate in the sea of sand. The low humidity in the desert protected the wood structures from rotting and tourists can form an accurate picture of the conditions the early miners lived and worked in.
No motorized transport was available during the first 15 years and today abandoned ox wagon wheels and boats used to transport equipment and supplies litter the desert at Meob Bay and north of Grillenberger. Tourists may only visit these areas in the company of a tour operator and after obtaining the required permits. One of the tours undertaken in Sperrgebiet 2 is the Lüderitz to Walvis Bay off-road desert tour.

Shipwrecks in the Namibian Desert

While partaking in the guided desert tour between Lüderitz and Walvis Bay, tourists visit various shipwrecks rich in history and nostalgia. The first shipwreck is the Edward Bohlen, a cargo ship that ran aground in dense fog on 5 September 1909. Today, the Edward Bohlen (sometimes referred to as the Eduard Bohlen) lies stranded about 900 meters from the shore, half buried in the sand.
Another shipwreck along the Namibian coast between Lüderitz and Walvis Bay, include the Shawnee, which lies closer to shore. Encroaching dunes buried most of the Shawnee in a sandy grave.

In November 1914, the Government of Namibia ordered all mining operations in the area between Lüderitz and Walvis Bay to stop due to an expected invasion of allied troops. Today old mining equipment like hand-operated movable sieves, jigs, shovels, wooden water barrels and gravel- carrying boxes remain in the desert at various places and serves as a reminder of the harsh conditions the early prospectors lived and worked in.
A tour through the Namibian Desert is a truly humbling experience that is not be missed.

You may also read : Victoria Falls: One Of The Greatest Places to Visit When Touring Africa 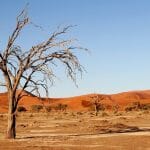 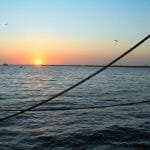