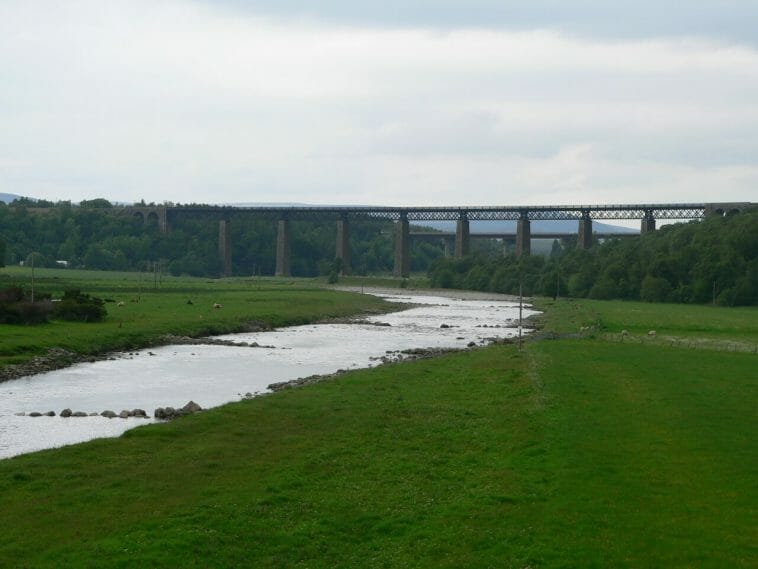 Culbin, from Desert to Working Forest : Around The Colourful Myths

The ‘desert’ established between the rivers Findhorn and Nairn and lying along the southern shore of the Moray Firth is generally considered to date from around the 1690s. A score of writers down the years have offered as many interpretations of what happened, when and how. It is not even certain that Culbin was ‘drowned in sand in a single night’ as many tall stories say, one blaming the devil for punishing the laird for playing cards on a Sunday.
At this time the river Findhorn did not flow into the magnificent tidal bay of today. Instead its course swung west and entered the sea almost due north of Brodie Castle. An estate map at the castle dated 1770 shows the former break in the bar very clearly and it is still discernible in today’s OS maps and on the ground. A former village of Findhorn stood on the inner bank of the sandbar projecting westwards but this has utterly disappeared.

Myths are colourful, but they also tend to contain grains of truth. The drift of sand over farming land had been happening for at least half a century; the villagers of old Findhorn had long anticipated disaster and begun building a new settlement in a safer, more sheltered position, some using dressed stones from their former homes. As far as is known, there were no fatalities during any of the river’s recorded changes of direction to the sea.
What is also known is that not just Culbin and Findhorn were affected by a storm in July 1694 which is often linked with the disaster, although even that date is contested. The sea caused havoc all around the North and Irish Seas. At St Coombs in Aberdeenshire, just one example, saturated moving dunes entrapped a sheltering ship forever; its timbers can still be seen. It would surely have taken little more than a single night for the Findhorn river to breach the sandbanks and plunge through to the sea.

For the next two hundred years there existed a genuine Culbin Desert. The dunes remained unstable and every storm made the sands shift their position. Stories abound of strange events; a circus animal wandering on to the sands, its dessicated bones reappearing 30 years later; smuggled goods hidden, then lost forever when a storm changed the landscape overnight; a rose tree growing in the middle of a dry hollow.
More practically, evidence of Culbin’s Neolithic past surfaced in the form of many flint arrowheads; and in the 1890’s rare Pallas sandgrouse, birds of the desert, actually nested there, but were driven off by wildfowlers who thought ‘what’s shot is history, what’s missed is mystery’. A century earlier the 21st Brodie of Brodie had been the first to mention irruptions of sandgrouse, possibly a different species judging from his description of their markings.

From Desert to Forest

As early as 1837 neighbouring lairds were planting shelter belts of Scots pine and broadwoods to stem the spread of the sands, but silting up and lack of nitrogen either killed or stunted many of them. Trenching through to underlying peat was more successful, but shingle banks gave dismal results. From Gascony came a suggestion that thatching with brushwood be used but initially there was little success.
From a major planting around 1900 almost all the trees died, although one survival still exists which has a very strange trunk. The top 1/3rd is a normal pine tree but the bottom of the trunk is much narrower where it was silted up. The sands took over again until after the Second World War.
Then the Gascon experiment was revisited. Interwoven branches were laid like mats on the sand and marram grass planted in the spaces. Only when they had become re-established did they try planting young trees. This experiment worked. Now there is a Culbin Forest where the Sands used to be, although still with plenty of sand patches. The range and diversity of plants now growing is so great that the forest is protected as a site of special scientific interest. It has so many lichens, mosses and fungi that it matches the finest forests in Europe and it has even been suggested that it should be listed as a world site of special interest.

Culbin Forest is a now a productive working forest with one fifth of the conifer trees being cut every twenty years or so. It is also an amenity forest with several way-marked paths for walkers. Rangers lead hunts for bugs, butterflies and bats. There are regular mushroom picking, pond dipping or reptile watching expeditions. Culbin is particularly colourful in September when most of the fungi are growing. It is a desert transformed. 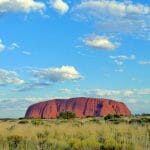 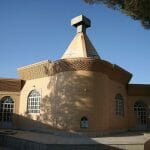