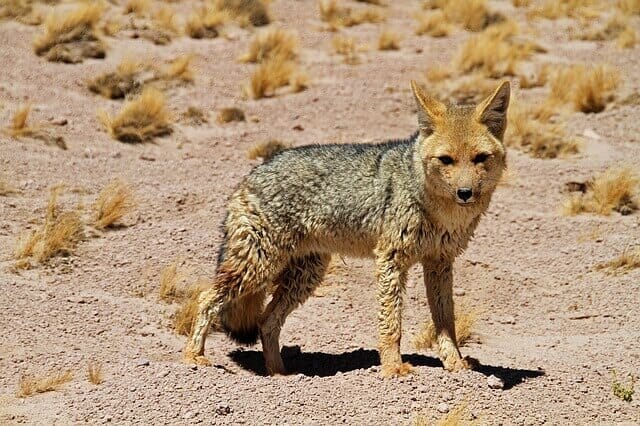 Atacama Desert In Chile :Protection of the Tamarugal Forest

The endemic tamarugo tree survives in one of the world’s driest deserts, the Atacama Desert in north Chile. The tree is able to “stretch its roots to the genitalia of the earth and ultimately defeats death”, as the Chilean Nobel Prize-winning poet Pablo Neruda once expressed it. But the tamarugal forest has enemies. First nitrate mines needed wood, now the forest is depleted of its water by the surrounding towns and agriculture.

The Tamarugo Trees in Prehistoric Times

The Pampa de Tamarugal is a desert plateau in Chile at about 900 metres above sea level, situated between the Pacific Coast and the Andes Mountains. Tamarugal forests consist of salt-resistant marram grasses and tamarugo trees – the Prosopis Tamarugo.

These forests used to cover thousands of square kilometres of the Atacama Desert and gave life to small settlements and groups of people in prehistoric times. The large number of geoglyphs and petroglyphs recall the presence of inhabitants from a much earlier age, as do the caravan trails that date from pre-Columbian times.

Around 1900 the nitrate boom brought wealth to Chile. Nitrate [saltpetre] was found in the Atacama Desert, which led to the construction of more than one hundred nitrate towns and mines. The majority of the tamarugal forest was cut down to supply the mines with wood to fuel the ovens in which the nitrate was extracted, and the tamarugo tree was threatened with extinction.

By 1970, all nitrate mines had closed down – the Chilean nitrate industry collapsed after the discovery of the process to produce cheaper, synthetic fertilizers.

Restoration of the Tamarugo Forests in the Atacama Desert

In the 1970s a large-scale restoration project was set up to protect the tamarugo tree. The reasons were twofold: to save the tamarugo tree, and by doing so the government hoped to initiate large-scale farming of goats and sheep [the leaves and algarovilla fruits of the trees are good fodder], which would supply the surrounding towns with milk, cheese and meat.

The second goal failed; the tradition of farming had been lost in the years of nitrate mining. Children of the villages no longer want to herd goats and have left in large numbers for Chile’s coast and cities.

A national park was founded in which three separate sections were allocated for the restoration and protection of tamarugal forests: Zapiga, Pintados and Bosque Nativa de La Tirana – the latter is the only one to have survived the nitrate boom. Zapiga and Pintados were entirely replanted with new trees.

Seedlings were planted in holes dug through the salt hardpan. After a few months of irrigation the roots – able to reach a depth of ten metres – had grown deep enough to find their own water. Besides the tamarugo tree large areas were planted with the algarroba tree which also survives in arid zones – seeds of this tree were originally brought to Chile by the Spaniards.

According to statistics of CONAF (Conaf.cl), Chile’s “Corporación Nacional Forestal”, 25% of the trees are dead or dying. There are a number of reasons for this, including illegal cutting, blights, too many herds and climate changes. However, the largest threat is the falling level of the water.

Wells, dug to supply the large city of Iquique and desert towns, as well as to irrigate surrounding agricultural fields have caused the desiccation of many newly planted trees. Apart from this, in the altiplano [high plains] too little rain has fallen which feeds the “napas” – underground water reservoirs of the desert that supply the forest with water.

The park has the status of “Reserva Nacional”, which is given to areas that need special care or protection. The forests need this protection but the question is how this is achieved. The Chilean government can’t force rain to fall and will have to find new ways to supply the towns and agricultural fields in this region of the Atacama Desert with water. The question of course is if this will be done, and if so, will it be in time. Without drastic measures the tamarugo tree is doomed to extinction.

CONAF has a campsite and an information centre in the RN Pampa del Tamarugal, in the Salar de Pintados [Ruta 5, 22 kilometres south of Pozo Almonte], where CONAF employees are happy to give information about the tamarugal forest, its history and future. Opening hours are Monday-Friday 8.30am-5.30pm. 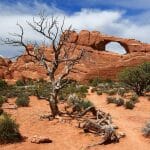 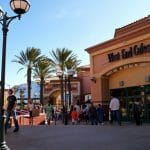