Cape Town (also known as Kaapstad in Afrikaans or iKapa in Xhosa) is the oldest city in South Africa. Located at the tip of South Africa, Cape Town has a land mass of approximately 2455km2 and a population of almost 3.5 million. Being the legislative capital as well as offering a diverse range of attractions, Cape Town draws thousands to its shores every year for work and play.

The genesis of modern Cape Town traces back to 6 April 1652 in which the Dutch, led by Commander Jan van Riebeeck, planned for it to be a pit stop for its merchant ships between Holland and the Dutch East Indies. What started off as a peaceful existence between the Dutch and the Khoikhoi (indigenous people of Cape Town) soon became a power struggle for land as well as trading rights.
Under the Dutch, the city prospered as the docks became incredibly busy and it also saw the birth of wine production in the country. However, due to the continuous conflict locally and abroad, Holland began to decline. This led to a brief occupation by the British in 1795 and a formal take-over of power in 1814. Cape Town was further modernized under the long rule of the British as its second boom occurred when diamonds were discovered in 1869 and the industrial revolution came along.
It is no wonder that the civic life of Cape Town today does bear a deep indication of its Dutch and British past. However, when apartheid came along and the Africans were increasingly marginalized, the struggle for liberation becomes a full-blown affair in the 1970s and 1980s with Nelson Mandela leading the charge.  After a long-drawn struggle, liberty came to fruition in 1994 as the first president, Nelson Mandela, opens the first parliament in Cape Town. Today, Cape Town bears witness to such historic events that culminated in a democratic legacy in South Africa for all to see.

Having experienced a tumultuous history, Cape Town is perhaps one of the most multicultural cities in South Africa. Its enlightened constitution has allowed it to become very accepting of everyone. A prime example of this is its openness towards the homosexual community as they are allowed to exert their identity and get married.
Another bearing that history has on Cape Town would be its European influence which can be found in the way the city conducts its day-to-day business. This makes it a popular spot of tourists and expatriates as they find adapting to the Mother City very easy.

The climate in Cape Town is another being draw for visitors as it has a Mediterranean climate. During the winter months (June – August), you will expect a decent amount of rain with a comfortable temperature range between 45 ºF (7 ºC) to 63 ºF (17.5 ºC). As for the summer months (November – March), you can expect warm and dry weather. However, it is common to experience strong winds (“Cape Doctor”) during these months. Similar, the temperature range is comfortable as it does not exceed 80 ºF (26.5 ºC).

With regards to tipping, giving 10% of the total bill to the service staff would be recommended. For valets, a modest tip of R2 or R5 is encouraged.
Tax Refund Tourists are allowed a tax refund which can be collected at the airport for goods that are bought above R250. Please ensure that you have your receipts ready for the controlling officer at the airport. The process of queuing and processing the refund should take around an hour.

220/230 volts AC at 50 cycles per second. Please ensure you bring a travel adapter with you.  You can purchase one at most retail stores.

Should you require to call overseas, ensure that you dial 09 (South Africa’s international access code) followed by the country code, area code and phone number of the person you wish to call.

Whether by land, rail or air, transport in Cape Town is generally very convenient. However, with regard to taxis, there are two types: metered fare taxis and minibus taxis.
Metered fare taxis are prohibited from driving around the city centre to solicit for fares and therefore can only be called to a specific destination. As for minibus taxis, they are often poorly maintained and are often involved in road accidents. Hence, one is advised to exercise caution when engaging the services of minibus taxis.

International immunisation is not needed when visiting Cape Town. However, Yellow Fever vaccination certificate is required if you have stayed or pass through one of the infected countries prior to visiting South Africa.
Fortunately, Cape Town is not affected by Malaria and therefore the risk of infection is very minimal. However, one is still encouraged to have insect repellent or mosquito coil during your visit. Most importantly, one is strongly cautioned against drinking from lakes or rives especially in the area of Durban.
With regards to other kind of medication, kindly consult your doctor.

The crime rate in Cape Town is not much higher than in most countries. Nonetheless, visitors are encouraged to take good care of their belongings. If you are driving, ensure that your car is locked and no valuables should be left inside before you leave as car stereos and other visible belongings are often stolen. 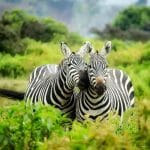