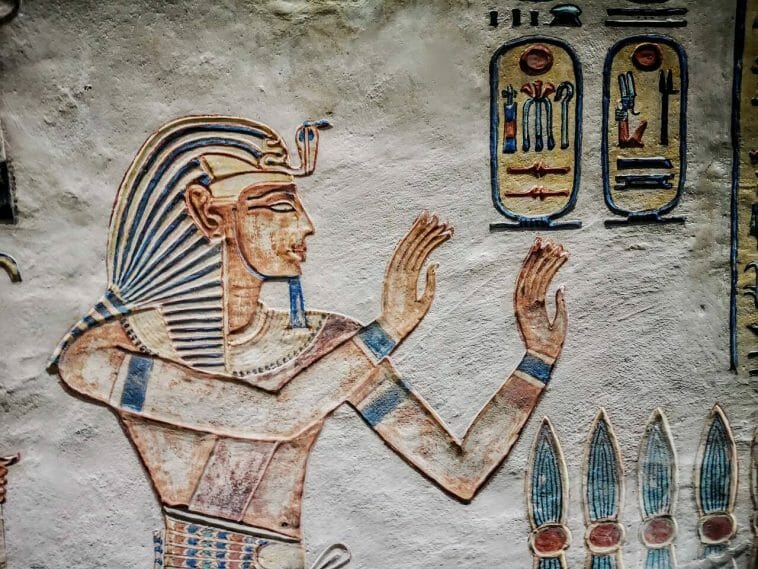 The Valley of the Kings, Tomb of Thutmosis III

The Valley of the Kings

The rise of Thebest become the capital of the country obliged the rulers of the early Eighteenth Dynasty to find a new cemetery area for their tomb complexes. The choice fell on a desert valley in the western moun­tain range of Thebes, about five kilometers from the Nile, where all the pharaohs of theNew Kingdomafter Thutmosis I were interred. Only the heretic king Akhenaten, who left Thebes for good, was buried in a tomb near his new capital at Amarna. In view of the nature of this site, it was decided to abandon the tradition of pyramid burial, for even the mightiest pile of stones could not have guaranteed the security of the royal mummies. Instead, a rock-cut tomb in the remote wadi seemed the ideal way to meet the requirements of secrecy and secu­rity, as the much-quoted statement of an official in his own autobiographical funerary inscription shows: “(…) I saw how the rock-cut tomb of His Majesty (Thutmosis I) was dug in a lonely place; no one saw it, no one heard it.” But shortly after the end of the New Kingdom all the tombs were robbed, and only a lucky chance allowed the modest complex of Tutankhamuri’s’ tomb to survive the millennia. During the Eighteenth Dynasty, an official personally appointed by the ruler was responsible for the work at the royal tomb, while the same tasks were carried out in the Ramesside period by whichever vizier was in office at the time.

The Wadi Biban el-Moluk, the valley of the Kings, divides into two arms, the eastern one containing the central area with most of the tombs. The western part of the valley was used as a burial place only by Amenophis III and Ay. The interior of the valley offered particularly good conditions at the foot of its rock formations for digging out tombs in concealed situations and filling them in again after the interment. The care taken in choosing the site of a

tomb for the dead ruler is impressively demonstrated by the tomb of Thutmosis III, where the entrance is through a small crack in the rock above ground level which can be reached today only by climbing a modern iron ladder. The tomb was discovered in 1898 by the French archeologist Victor Loret and has the right-angled axial turn typical complexes of the Thutmoside period. Steep stairways lead through a large antechamber to the decorated burial chamber, which has a star-decorated ceiling supported on two pillars and is the last of its kind constructed on an oval ground plan.

The suckling of Thutmosis III

Not only the walls but also the two pillars in the burial chamber are decorated. The sketch-like style of the pictures is striking. In the upper register, Thutmosis III and his mother Isis are rowing in a bark, while in the lower register he is being suckled by a tree goddess, “his mother Isis,” as the brief inscription explains. The identical names of the king’s physical and divine mothers reinforce the theme of maternal care for eternity. In addition, the pharaoh is followed by three wives and one daughter.

The Amduat. the Fourth Hour of the Night

The walls of the burial chamber bear the oldest complete version of the Amduat, originally entitled “The Writing of the Hidden Chamber.” This funerary text des­cribes the voyage of the sun god in his bark through the twelve hours of the •light. The textual and pictorial areas are still arranged here to match the points of the compass. That is why some hours with texts and pictures were condensed beyond elegance. The fourth hour of the night is therefore placed directly by the entrance to the burial chamber. The route taken by the bark traces a zigzag course through the sandy desert regions of Rosetjau, the thelandofSokar, the Memphite god of the dead, and is also towed along an underground watercourse (central register).

Burial chamber: the Twelfth Hour of the Night of the Amduat

The king’s cartouche-shaped stone sarco­phagus, made of brownish-red quartzite and the central item of his former tomb equipment, still stands at the back of the burial chamber. Many fragments of these magnificent objects, robbed of their gold plating, have been found in the four small side chambers. However, the mummy of Thutmosis IJJ had already been found a few years earlier in the famous cache of royal mummies at Deir el-Bahari. The foot end of the sarcophagus points to the

twelfth hour of the night (on the northeast wall), in which the sun is reborn. The middle register shows the ram-headed god traveling in his bark and transforming himself, in the body of a mighty primeval divine snake, into the figure of a scarab (right) which is raised to the eastern horizon by the outspread arms of the god of the air Shu. At this point, the god begins his twelve-hour journey through the day before going down into the underworld again in the west. The idea of the dead ruler’s participation in this eternal cycle was an important part of his guarantee of life beyond the tomb

The tomb of Amenophis II was cut from the soft limestone of the western mountain range of Thebes, in a rather less well-concealed position than the complex of his father Thutmosis III. Ii follows much the same ground plan, but there are some differences in detail. The burial chamber was now designed as a rectangular room, with six pillars orna­mented with scenes show­ing the pharaoh in front of die gods, while the floor was sunk considerably lower at the back of the room. This was where the king’s magnificent quartzite sarcophagus, still containing the mummy of Amenophis n, was found when the tomb was discovered in 1898. The kneeling god­desses Isis (at the foot) and Nephthys (at the head) are shown on the narrower sides of the sarcophagus.

Besides fragments of the original tomb equipment, nine more royal mummies, brought here later for safety, were found in one of the

four small side chambers. A complete version of the Amduat adorns the walls of the burial chamber. The anteroom, on the other hand, remained undecorated, as did the deep shaft complex leading to it and now known as the tomb robbers’ shaft. 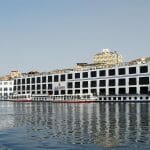 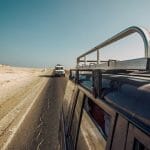