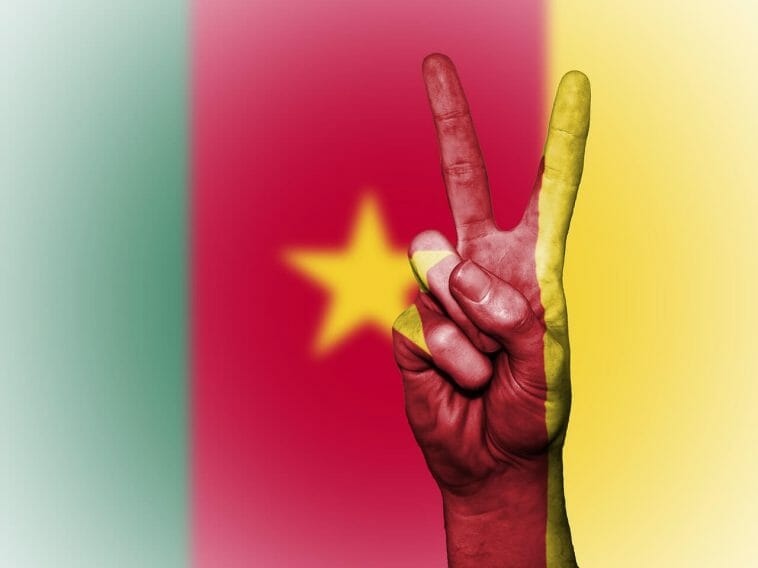 Cameroon’s national day is celebrated every 20th of May in color and glamour. Why the day of national unity should be celebrated in Cameroon has been stroked by serious and unending debates in recent times.Before I proceed note this, Cameroon is one country that has two dates of independence; 1960 and 1961 (strange right!).

In this light, on the 20th of May 1972 after a successful referendum (controversial) organized by then president Amadou Ahidjo the “united” Republic of Cameroon was born

As an achievement, therefore, the government then chose the 20th of May as the National Day of Cameroon in 1972 to celebrate the abolition of the federal system of government and the creation of a unitary state.

From 1972 to present the message and raison d’etre for the celebration of the national day has changed as Cameroon keeps evolving and striving to attain national growth and political stability.

If there is anything that gives sleepless nights to the great and tranquil celebration of the national day of unity in Cameroon it is nothing else but the tendencies of separation by the “most cherished” English part of Cameroon has left many a Cameroonian and political observer pondering: should we really celebrate a national day of unity in Cameroon?

Well for a comedian the answer will be yes, for the fanfare and enjoyment it brings! But what of the essence?

After critical observation and due analysis from sound headed scholars, my humble opinion is this:

Though the cited portions were subsequently lost, it will be incumbent to give fate a reason for allowing southern Cameroons to opt to reunite with Cameroon (whole) notwithstanding the political and legal fraud that characterized the process.

I am not a reactionary thinker, however, in a historical rationale, celebrating a day of national unity in the now Cameroon is worth saluting.

By celebrating a day of national of unity it indirectly gives a new sense of nationhood among Cameroonians.

Cameroon is presently under a regime that is considered to have failed the aspirations of over 24million of its people. A national day in every country in the world is commemorated beyond party lines.
Though Cameroon is a pseudo-democracy where party politicking have been deliberately dissolved to the hands of the ruling party (CPDM), celebrating a national day of unity resurrects the very essence and natural powers of state institutions upon which the people vested authority to govern them in line with the Social contract theory.

The theory stipulated that when a government fails to secure the “natural rights” of its people (John Lock) or satisfy the “general will” of its people (Rousseau), citizens can withdraw their obligation to obey or change the leadership through election and other means including revolt.

Celebrating a national day in Cameroon is vital as an occasion to reflect on the balance sheet of the regime and sought new ways to build a Cameroon worth celebrating.

In the same token, celebrating a national day gives hopes of economic prosperity to a country. For instance when investors and entrepreneurs hear and watch the serenity, oneness and the might of a nation in its military and economy its gives them a sense of belonging and a feeling to participating in the growth of the nation.

Celebrating a national day of unity helps build the spiritual personality of a nation. The deputy director of CRTV calls it psychological nation building which accompanies the material nation building.

That is why in every edition of celebrating a national day in a country, activities in prelude to the “D” day are tailored to arouse love, respect, and attachment between the people and state emblems, institutions, authorities and policies. This is an indispensable ingredient to a nation’s stability and growth

On the other hand, if you have read the aforementioned points I have just outlined, you will agree with me that the government has a deeper and somehow complex objective for celebrating a national day of unity in Cameroon. How?

Take note “unity in diversity” is political and culturally coded. But am going to decode that here.

Let me reveal to you the origin of the concept of national unity in diversity and why it is very important the government.

When the UN Trust territory of French Cameroon got its independence on January 1, 1960, the preamble of its constitution read as follows:

“The people of Cameroon, independent and sovereign, standing under the protection of God, proclaims that the human being, without the distinction of race, religion, sex or belief has inalienable and sacred rights”. (As translated from French)

You must have noticed that in the above Preamble of the 1960 constitution there was nothing like diversity in it.

When did the concept of diversity set in?

After the 1961 plebiscite and the subsequent Reunification of British Southern Cameroon with French East Cameroon, the socio-political and anthropological composition of Cameroon changed.

Though the resultant form of the state was crafted as a Federal Republic, the concept of building national unity and by now national unity in diversity became a project in the minds of state visionaries. This project blossomed after the abolition of the Federal system in Cameroon in 1972.

Shortly in 1996, under Law No.96/06 of 18 January 1996 to amend the Constitution of 2 June 1972, the concept of national unity in diversity was enshrined in the supreme law of the land which is the main constitution (1996 constitution) of the present day country – Cameroon. The Preamble of the 1996 constitution now reads as follows:
The concept of national unity in diversity became very dear to the state as the new republic was now made up of two peoples: French colonially oriented and English colonially oriented with variant hardcore administrative and cultural inheritances.

What do you think? This type of a state could only come about by the making of the Ultimate power of all Creation (GOD)

But because of the fraudulent and deceitful or what I will call “Jacobic” DNA in MAN, the very essence of the creation of a DIVERSE, ONE AND RICH CAMEROON has been abused and now beckons on a thorough redefinition.

The preamble of Cameroon constitution defines diversity by stressing on the linguistic and cultural aspects.

We the people of Cameroon: proud of our linguistic and cultural diversity, an enriching feature of our national identity, but profoundly aware of the imperative need to further consolidate our unity, solemnly declare that we constitute one and the same nation bound by the same destiny, and assert our firm determination to build the Cameroonian Fatherland and the basis of ideals of fraternity, justice, and progress.

Linguistically, Cameroon has 230 local languages and these languages, fortunately, poses no constraints to peaceful coexistence. However, the threat to national unity on linguistic basis is in the two official languages (English and French) where the Anglophones feel being seriously marginalized.Culturally, the country has a diverse ethnic grouping, including Cameroon Highlanders 31%, Equatorial Bantu 19%, Kirdi 11%, Fulani 10%, Northwestern Bantu 8%, Eastern Nigritic 7%, other African 13%, non-African less than 1%.

Where it is presumed that francophones are being projected as more superior to the Anglophones. Thus, considered by actors in the Anglophone crisis as one of the constraints to a peaceful living together.

Rapping up, contextualizing the concept of unity in diversity in Cameroon focus is on the two peoples French speaking and English speaking which of course define the international personality and the administrative set-up of the state of Cameroon. Any other diversity is not a problem to national unity in diversity.

Paradoxically, one could say that the ongoing Anglophone crisis is more of a blessing (blesseth be the souls that have been lost in this persisting conflict) than a curse as it may lead to the perfect and permanent redefinition of the better state of Cameroon.

Though to separatists the crisis is just the perfect opportunity to permanently divide two people who seem not to ever come to understand each other in living together.

All in all, celebrating unity in diversity in the present socio-political dispensation is just a face unless the powers that be take into obligatory considerations to seek out and reconstruct the very ingredients to national unity in diversity. 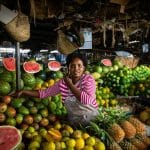