Why you should include mountain gorillas on your wish list on a safari/tour to Africa?

Have you already booked a, or you are planning to have one before the end of this year? Don’t forget to include a magnificent encounter with the endangered mountain gorillas. Mountain gorillas are the largest primate on earth and are regarded as the second close relative to man after the chimps which share almost 98% of human genes. Not like many other primates and wildlife species that can be seen in zoos or under captivity, mountain gorillas can only be met in their natural habitat deep in the forest. Any safari to Africa without a trek to see the engendered mountain gorillas is considered incomplete that’s why a must include on your to see list ounce on a safari on an African continent.

Gorillas are regarded as endangered species by the world heritage site UNESCO, the last mountain gorilla census put mountain gorilla’s population at about 900 that are remained worldwide and are shared by only three countries which is Uganda sometimes referred to as the pearl of Africa, Rwanda is also known as the land of ‘’a thousand hills’’, and also the Democratic Republic of Congo. Mountain gorillas are habituated to human standards and they can be tracked safely in their natural habitat without any harm caused to humans. In all these countries where mountain gorillas are tracked, they are regarded as the most done adventurous activities, over 80% of travelers to these countries go gorilla tracking.  It’s a breathtaking moment to sit in the forest among the gorillas, listening to them gripe to each other and whiz at the sheer size of a dominant male, silver buck. It’s amazing sitting in the dense rain forest knowing you are with a few of the remaining mountain gorillas.  However Uganda and Rwanda are considered the best gorilla safari destinations, chances of sighting these apes are high over 95% and above, and also they are considered safe without any political insurgencies, compared to the Democratic Republic of Congo which is considered unsafe although tracking is done in the Virunga forest.

Tracking in Uganda is done in Bwindi impenetrable national park and Mgahinga gorilla forest national park both located in the southern part of Uganda also gorillas in Mgahinga sometimes  cross borders to Rwanda and Congo for a new adventure. Uganda has considered housing the highest percentage of these remaining apes over 480 individuals live only in Uganda. It takes place in the volcanoes national park in the northern part of the country, and gorillas of DRC are hosted in the Virunga national park.

Who doesn’t want to meet these remaining mountain gorillas in their natural habitat deep in the forest? So take this precious moment and book a gorilla safari on your safari in Africa. Gorilla tracking is a moment which comes once in a lifetime, however much it’s regarded as one of the most expensive safari activity but it’s worth the amount paid for. Exchanging eyes with a dominant silverback in just about 7meters is a true moment in life very difficult to forget.  Gorilla tracking permits costs differently among these countries, in Rwanda permits costs USD 750 for non-residents, in Uganda, they cost USD 600 for nonresidents during high season and USD 400 during the low seasons in the months of April, May, and September, in the Democratic Republic of Congo permits costs USD 450, all the price quotation include park entry fee and ranger guide fee.

Mountain gorillas live in groups of about 5-35 members, Uganda has about 13 gorilla families 12 in Bwindi national park and one in Mgahinga national park, Rwanda(volcanoes national park has 11 gorilla families and DRC has 5 gorilla families. In each gorilla family, only eight members are allowed to track, tracking time is unpredictable since they are wild animals they are very difficult to predict, meeting them depends on where they spent their last night from, however, tracking can go from a half to full day so a reasonable degree of fitness is needed as well as tracking gears like sturdy pair of walking shoes, long-sleeved shirts or blouses, bottled water and sometimes packed lunch. And once these giants are met you will forget all the troubles you’ve passed through while searching them and utilize the one hour you are allowed to stay with them while studying their behaviors as well as taking photography. A certificate proving your participation in this wonderful activity will be given to you at the end of the activity.

The well-experienced ranger guide will be in charge of you during the search of these giants, they will give you any relative informative information about any forest flora and fauna you meet on the way during the search of our cousins. Trust us to organize your gorilla safari either in Uganda or in Rwanda; at a pocket-friendly price everything will be arranged for you, for more information about gorilla permits and mountain gorilla please check here. 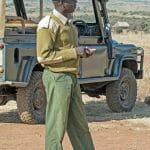 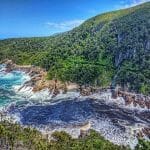