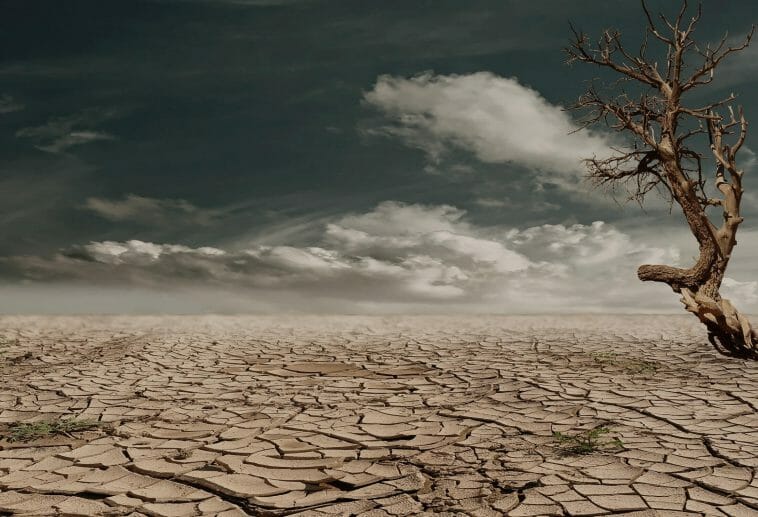 In West Africa, out of a potential of approximately 284 million ha of cultivable lands, including long fallow periods, only 60 million hectares are developed. Out of more than 10 million hectares of irrigable lands, less than 10% are developed for rice and vegetable production.  There is an opportunity for increasing agriculture output, however, there is a need to establish the kind of uses the land is under currently and whether the existing practices of land use are climate proof as opposed to the “conversion of this land to mainstream agriculture production land”.

No till to low till of land is an option: This option is closely linked to maintaining the existing biodiversity. It creates a challenge in the local food systems.

In 2007 at the 13th session of the Conference of the Parties to the United Nations Framework Convention on Climate Change (UNFCCC) countries agreed the Bali Action Plan (BAP).

Land use change is closely linked to soil fertility, ecology, population pressure, agriculture, industrial demand for raw materials, local and international financial mechanisms. Also, clearing and converting of forests to agricultural land or for other uses has higher short term monetary returns compared to managing the same forest in a sustainable way.

On agriculture, the opportunities that are emerging of both mitigating and adapting to climate change make it an imperative tool to be negotiated for during the COP15.

What should Africa States demand?


At COP 15 in Denmark, African states should demand that Agriculture be included and financed as part of the Climate Change adaptation and mitigation measure.  They should also propose a financial mechanism that clearly delivers benefits to both the farmers and to the climate.


The nutrient status of soils has an impact on Agriculture planning, productivity, human health, security, ecological outputs and associated policy formulation on land.

Through understanding the unique conditions on regional or localised basis, it is possible to avoid blanket generalisations and recommendations on land use and specifically agriculture. There is an urgent need to provide accurate, up-to-date and spatially referenced soil information to support agriculture in Africa (Africa Soil Information Service (AfSIS). Accurate collection and prediction of soil properties supports strategic decision making. Already there are systems in place that provide accurate data on Soils in Africa such as the Global Soil Map.

Deciding on complex issues to meet the human needs, climate, agriculture and food security in Africa,  credible, verifiable and up to date information is important.

Remotely sensed data while useful, is prone to errors of magnitude and interpretation, at the same time on ground verification (ground truthing) of such data can be a tedious and an expensive process.

However, ground truthing becomes expensive when approached and delinked from citizen science or traditional knowledge.   Citizen science requires less investment in technical expertise, is more accurate and representative.  The incorporating of traditional knowledge into research policies can lead to the development of effective strategies that are cost-effective, participatory and sustainable (IPCC).  There is a need to define ways in which such a science can be integrated into the emerging knowledge spaces and priority areas of unmet need.

Citizen science is a way for people to learn about nature, science, and conservation by participating in collecting real scientific data as partnership between the public and professional scientists.  This collaboration makes up large research teams driven by their common but differentiated interests. The emerging Geoinformatics tools such as GIS enabled smart phones, icon based softwares (Cybertracker) and online tools like Google Earth make this a modern day reality.”

“Agricultural land is able to store and sequester carbon. Farmers that live off the land, particularly in poor countries, should therefore be involved in carbon sequestration to mitigate the impact of climate change,” Alexander Mueller, FAO Assistant Director-General is quoted as saying.

Alexander Mueller adds that the “current global funding arrangements, like the Clean Development Mechanism (CDM) under the Kyoto Protocol, are inadequate and do not offer sufficient incentives for farmers to get involved in climate change mitigation and adaptation”. The World Bank and International Food Policy Research Institute (IFPRI) acknowledges that institutional environment has not been supportive of agricultural development in the face of climate change. Soil carbon sequestration, through which nearly 90 percent of agriculture’s climate change mitigation potential could be realized, is outside the scope of the CD Mechanism.

Within  the CDMechanism under the Kyoto Protocol, climate change mitigation through agriculture, food security, and sustainable development do not benefit from this exclusion (FAO 2009).

FAO has urged policy makers to include agriculture in negotiations for a new climate change treaty to replace the 1997 Kyoto protocol.

Changes in temperature and precipitation will result in:

Poorer developing countries are likely to be especially affected (UNDP), however, these impacts in a gloablised world will be more widespread and deeply affect the global trade in agricultural products.


Farmers around the world have always talked about the weather obsessively. Climate change makes these discussions even more pronounced especially in the Global South. The production of food relies greatly on the weather (FAO 2008). Historically, weather fluctuated from year to year, while climate (the average weather conditions over time) remained much the same.

Increases in the atmospheric levels of carbon dioxide and other greenhouse gases have led to a climb in the global temperatures during the last few years. As a result, scientists, farmers, and government officials are struggling to understand what effects a permanently warmer climate might have on agriculture

Yvo de Boer, executive secretary of the UN’s Framework Convention on Climate Change (UNFCCC), is unequivocal, in saying that the scientific evidence to climate change leaves us no doubt as to the dangers mankind is facing.  One of the areas that are of great concern is agriculture, the impact of climate change will be devastating not only in the Global South but also in the North.

Land use worldwide accounts for an estimated 20 percent of the total greenhouse emissions.  So basically  farming is a significant source of greenhouse gas emissions. Indeed, climate change and global food security are inextricably linked (Scherr and Sthapit, 2009).

However the immediate problem according to most experts will be the agriculture’s vulnerability to climate change and the grave consequences this implies for the world’s poor and hungry.

Drought, severe storms and flooding are hardly news for farmers in the developing world. They have been contending with such catastrophes since the beginnings of agriculture 10,000 years ago.

The greater frequency and unpredictable occurrence, especially in the tropics and the fundamental changes in established patterns will impact on crop productivity for 63 percent of the developing world’s total population.

A major reason for the vulnerability of developing country farmers is the limit to options. The limitation has been gradually introduced by policies, institutions, and practices and as well as the changes in lifestyles and coping strategies. This is amplified by the degradation of the soil, water, forests and other plant resources on which their livelihoods depend.

An estimated 500 million hectares of agricultural land are already degraded in Sub-Saharan Africa, this is the same land that feeds majority of its inhabitants.

In  agricultural lands that are rainfed and where rainfall patterns are already erratic are projected to worsen with climate change, threatening rural folk and must be confronted as a priority.

Maize production kg per/acre in Kenya is estimated at 1600 compared to 8 300 kg/acre produced in the North.   The difference for sorghum is less – at 1200 kg/acre compared to 3900 kg in the North.  Millet which is grown under natural conditions in the Global South is in the range of 580 compared to 2010 kg/acre.  This data however does not qualify whether this comparison is based on controlled experiments with similar conditions or the differences are linked to the agricultural practices and on differentiated inputs (agro-chemicals).  The data however sets a good basis for developing some discussion on what kind of crops are suitable under different ecological zones and conditions (FAO 2006).

Falling agricultural production supported by recent scientific data like the one undertaken by CSAG predict that within the next three decades the climate will be erratic in Southen Africa.  There is already the declining maize yields due to reduced water.  The food security can be mitigated by growing different crops that are more resilient to weather changes and need less water like sorghum and millet.  These will find resistance due to established traditions and acquired habits in places where people have been eating other grains for centuries and will not easily switch to sorghum or millet. However, on the other hand, at an indutrial scale, East Africa Breweries Limited has announced that they will be seeking to develop and grow Sorghum as an alternative to imported barley as the import costs eat into their profit margins.  It is up to policy makers to see how such ventures can integrate the social responsibilty dimension to provide an avenue to introducing these traditional crops to the palates of the deserving.

Are small-seeded grasses grown in difficult production environments. Millets are major food sources in arid and semi-arid regions of the world: Africa, Asia especially.  They have a very high nutritional value.

Millet is one of the oldest foods known to humans and possibly the first cereal grain to be used for domestic purposes. It is mentioned in the Bible, and was used during those times to make bread. Millet has been used in Africa and India as a staple food for thousands of years and it was grown as early as 2700 BC in China where it was the prevalent grain before rice became the dominant staple. It is documented that the plant was also grown by the lake dwellers of Switzerland during the Stone Age.

Millet grows well on poorly fertilized and dry soils and fits well in hot climates with short rainfall periods and cool climates with brief warm summers. The plants need good drainage, have a low moisture requirement and do not do well in waterlogged soils.

Today millet ranks as the sixth most important grain in the world, sustains 1/3 of the world’s population and is a significant part of the diet in northern China, Japan, Manchuria and various areas of the former Soviet Union, Africa, India, and Egypt.

Specialized archaeologists hypothesize that the cultivation of millets was of greater prevalence in prehistory than rice especially in northern China and Korea forming an important part of prehistoric diet in Chinese Neolithic and Korean societies.

Palaeoethnobotanists have found evidence of the cultivation of millet in the Korean Peninsula dating to the Middle Jeulmun pottery period (c. 3500-2000 BC) and continued to be an important element in the intensive, multi-cropping agriculture of the Mumun pottery period (c. 1500-300 BC) in Korea. They were also cultivated in Japan and consumed in Europe on a regular bases since 1300 BC.

Traditional cropping  vs intensive agriculture in the face of climate variability

Models have shown that in Africa maize, wheat and wild relatives will be impacted negatively by climate change.  The models have also shown that there is a lot of local variability based on the micro-ecosystems.  But as a general trend, while the population in Africa is expanding, the food production system is increasingly under pressure and most important urgent question is how to deal with the projected decline of the cereals (Global Climate Change; Can Agriculture Cope? CGIAR).

Cereals such as maize or wheat are bound to  require heavy investment if they are to be grown under uncertain environments.  Conventional agriculture depends of predictable systems (inputs and outputs) and well controlled micro-ecosystems. Food production for the masses needs to be more innovative and borrow from nature the tried and tested crops that are resilient to extremes such as sorghum, millet and cassava. 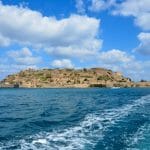 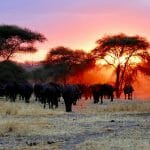